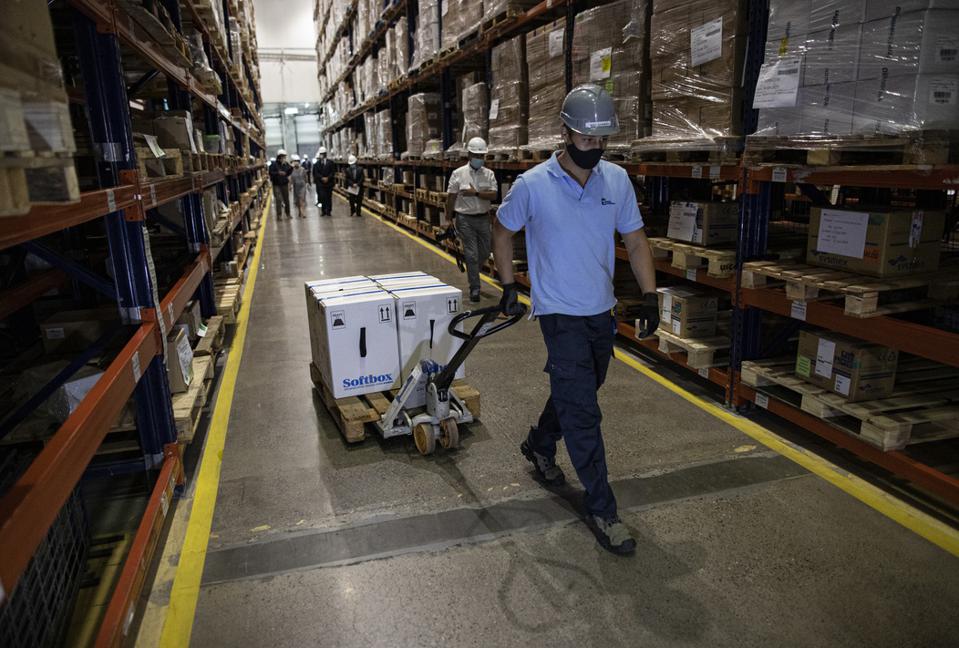 It seems in ancient Greece there was a man named Gordias, who devised a rope knot so large and complicated no one could untangle it. The claim was that the person who could undo the Gordian knot would become master of Asia. Then Alexander the Great showed up and with one swift sure stroke of his sword, cut the knot—and subsequently, true to prophecy, made himself master of Asia.

Likewise, quantum computers are poised to cut the knot that has tied up supply chain management for centuries, and has made responding to the need to surge manufacturing or production of any commodity, highly problematic—that is, until now.

Where to get the supplies and components you need, and how, to make a product or provide a service can be challenging enough. When you also try to forecast how much you’ll need in future, it can become overwhelming. Just ask a lithium-ion battery maker trying to get the minerals he needs from the other end of the world; or an auto manufacturer facing today’s microchip shortage. Ask any defense contractor who depends on a single supplier of a key component, what he or she will do if that supplier goes out of business.  When the usual routes you’ve sweated to create for getting and keeping your crucial supply chains suddenly break down, the scramble to find replacements and alternatives can be all-consuming, while everything waits—and your company’s fate hangs in the balance.

In some cases, it’s the fate of the nation.  Supply-chain issues nearly ground America’s mobilization in World War Two to a halt in its early stages; untangling the COVID vaccine’s supply chain were among the biggest headaches faced by Operation Warp Speed.

How can quantum computers help? Quantum computers are exceptionally good at solving optimization problems. These are problems where you are looking for the best of many possible combinations of variables, such as what’s the most efficient route I need to deliver a stack of packages to multiple cities; or what’s the quickest, cheapest way to get the components I need to manufacture my product, including the best possible alternative sources if my main suppliers run out. These are also puzzles that classical computers, even super computers, can’t figure out.

But quantum computers will.  Thanks to the unique properties of the quantum bits or qubits that are linked up or “entangled” for processing data—including being in two different physical states at once—these machines will be able to solve the supply chain or logistical problems that stump a classical computer.

Fortunately, however, we don’t have to wait until large-scale quantum computers are available. So-called quantum annealers like the one Canada-based D-Wave Systems, Inc. uses, are able to calculate the lowest energy level between the qubits’ different states of entanglement, which equals the optimal solution. D-Wave has used this method successfully to address traffic flow problems for Volkswagen in both Beijing and Lisbon.

The Japanese company Fujitsu has even developed a digital annealer that mimics the processing of a quantum annealer—so much so that it can tackle the knotty supply chain problems that used to elude managers. The company that’s proving it is American-based Entanglement, Inc., which has teamed with Fujitsu to use the annealer to tackle supply inventory problems for the U.S. Army.

Recently the Entanglement-led team moved on to Arizona to tackle an even more urgent problem: how to manage COVID vaccination operations at the state level, including handling widely dispersed inventories of the vaccine. They’ve been able to use the digital annealer to dispel some of the fog of crisis management by helping with decisions about where vaccines are needed most, how to distribute vaccines most equitably, and how vaccine distribution operations can be optimized. The flexibility built into the annealer model means Entanglement could take on these challenges on a national, even global, level.